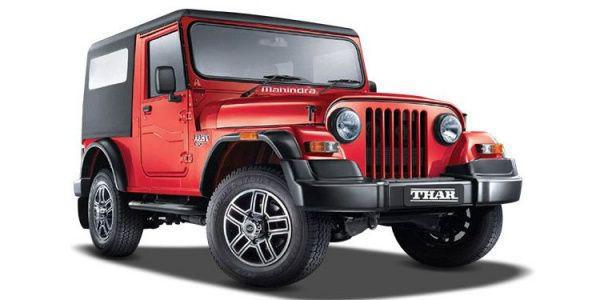 “Through the application of Intrexon’s industrial engineering components and principles, we have enhanced our non-viral treatment to T-cell therapies. Shortening the manufacturing process and avoiding the complexity of viral-based approaches with Sleeping Beauty represents a significant advance which dramatically reduces barriers to broadening delivery of CAR-expressing T cells to a broad range of institutions and importantly cancer patients in need,” said Laurence Cooper, M.D., Ph.D., Chief Executive Officer of ZIOPHARM.

In contrast to the multi-step methods to produce virus-modified CAR- and TCR-expressing T cells, the non-viral Sleeping Beauty system offers the capability to rapidly generate genetically modified products through a simplified process. The improvements include avoiding activation and propagation of T cells as well as diminished time in culture.

In the pre-clinical setting, the time to administration of third generation Sleeping Beauty CAR + T cells co-expressing a membrane-bound version of IL-15 (mbIL15) has been diminished to less than two days. This shortened process produces genetically modified T cells with superior proliferative potential. Data introduced at the fifty eight th American Society of Hematology (ASH) Annual Meeting in December 2016, supported by an earlier publication in the Proceedings of the National Academy of Sciences, exposed promising results:

These clinical and pre-clinical data support the Company’s POC plans to rapidly infuse Sleeping Beauty CAR + T cells in a Phase I trial to be launched later this year. With the intent to administer clinical-grade Sleeping Beauty CAR + T cells in less than forty eight hours, this non-viral CAR-T treatment has the potential to outpace viral-based methods.

“Together with ZIOPHARM, we are realizing the promise of engineered T cells and are excited to advance the POC treatment. Our capability to generate T cells that co-express immunoreceptors and cytokines such as membrane-bound IL-15 through non-viral gene transfer, plus integration of our RheoSwitch Therapeutic System ® enabling conditional control of these and other essential components, represents what we believe will be the best-in-class platform in CAR-T and TCR-based cellular therapy,” stated Geno Germano, President of Intrexon Corporation (NYSE:XON).

ZIOPHARM Oncology is a Boston, Massachusetts-based biotechnology company employing novel gene expression, control and cell technologies to supply safe, effective and scalable cell- and viral-based therapies for the treatment of cancer and graft-versus-host-disease. The Company’s immuno-oncology programs, in collaboration with Intrexon Corporation (NYSE:XON) and the MD Anderson Cancer Center, include chimeric antigen receptor T cell (CAR-T) and other adoptive cell-based approaches that use non-viral gene transfer methods for broad scalability. The Company is advancing programs in numerous stages of development together with Intrexon Corporation’s RheoSwitch Therapeutic System ® technology, a switch to turn on and off, and precisely modulate, gene expression in order to improve therapeutic index. The Company’s pipeline includes a number of cell-based therapeutics in both clinical and preclinical testing which are focused on hematologic and solid tumor malignancies.

This press release contains certain forward-looking information about ZIOPHARM Oncology, Inc. that is intended to be covered by the safe harbor for “forward-looking statements” provided by the Private Securities Litigation Reform Act of 1995, as amended. Forward-looking statements are statements that are not historical facts, and in some cases can be identified by terms such as “may,” “will,” “could,” “expects,” “plans,” “anticipates,” and “believes.” These statements include, but are not limited to, statements regarding the Company’s plans and expectations regarding its securities offerings, fundraising activities and financial strategy, the progress, timing and results of preclinical and clinical trials involving the Company’s drug candidates, and the progress of the Company’s research and development programs. All of such statements are subject to certain risks and uncertainties, many of which are difficult to predict and generally beyond the control of the Company, that could cause actual results to differ materially from those voiced in, or implied by, the forward-looking statements. These risks and uncertainties include, but are not limited to: our capability to finance our operations and business initiatives and obtain funding for such activities, whether chimeric antigen receptor T cell (CAR T) approaches, Ad-RTS-hIL-12, TCR and NK cell-based therapies, or any of our other therapeutic candidates will advance further in the pre-clinical or clinical trials process and whether and when, if at all, they will receive final approval from the U.S. Food and Drug Administration or equivalent foreign regulatory agencies and for which indications; whether chimeric antigen receptor T cell (CAR T) approaches, Ad-RTS-hIL-12, TCR and NK cell-based therapies, and our other therapeutic products will be successfully marketed if approved; the strength and enforceability of our intellectual property rights; competition from other pharmaceutical and biotechnology companies; and the other risk factors contained in our periodic and interim SEC reports filed from time to time with the Securities and Exchange Commission, including but not limited to, our Annual Report on Form 10-K for the fiscal year ended December 31, 2015, and our Quarterly Report for the quarter ended September 30, 2016. Readers are cautioned not to place undue reliance on these forward-looking statements that speak only as of the date hereof, and we do not undertake any obligation to revise and disseminate forward-looking statements to reflect events or circumstances after the date hereof, or to reflect the occurrence of or non-occurrence of any events.